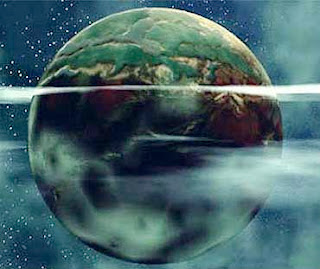 System: Tarkonis: 7 planets (I through VII)

Surveyed: Unknown; the system was brought into compliance near the end of the Great Crusade, circa M31.

Summary: Mining world and recruiting centre of the Blood Stalkers Space Marine Chapter; the planet exhibits no tilt of its axis in relation to the local star which in turn causes the equatorial region to exhibit arid desert climate while the polar regions, devoid of ice, vast flourishing forests exist north of the equitorial badlands.

Seas: 62% of the surface is covered by shallow seas. The extreme heat at the equator results in heavy evaporation which in turn precipitates in increasing amounts with distance from the equator.

Food Supply: Food is grown on-world within the security of the walled urban areas.

Urbanisation: Vast cities exist centralized around the space ports used to transport workers to the ore rich moons of neighbouring planets. The vast expanses of forested land and arid desert are sparsely populated.

Military Presence: Tarkonis IV serves as the recruiting world of the Blood Stalkers Space Marine Chapter. Novitiates are chosen from the system's populace during ceremonial events which take place once every 5 years. Hopefuls are given a combat blade and water prior to beginning a trek through the equatorial barrens. Having survived dehydration, sandstorms and sand wurms, the few survivors are often given the chance to undergo the process to become Space Marines.  This event had historically been held once every ten years; however due to the gene 'flaw' of the Blood Stalkers, this event has become more frequent.  An Imperial Guard Regiment is stationed on Tarkonis IV which is drawn upon to serve in nearby conflicts and functions as the PDF. 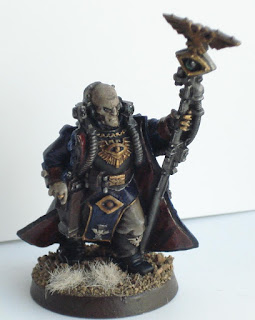 Brand merely remembers his childhood and his place within the world in which he was raised. Comparing his memories to his current knowledge, he recalls a society on the brink of space flight attempting to reach and explore their parent planet.

On his 31st Terran birthday, now one of the eldest beings on the planet, remembered the man he’d met 17 years past.

What had originally brought the Inquisitor to the system or why he had been drawn specifically to Brand was never explained to him.
Brand to this day finds it hard to trust and has a survival instinct which surpasses all other desires. Honour bound to the kindness shown by his saviour and the vengeance in his heart, Brand continues to serve in hopes of finding a way to strike back at the 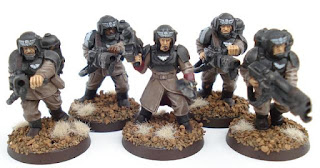 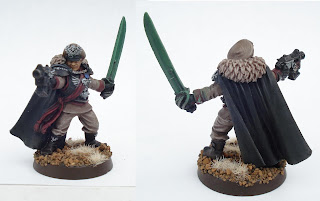 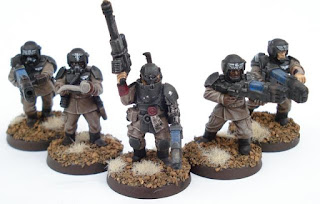 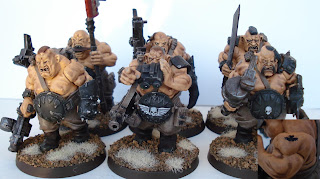 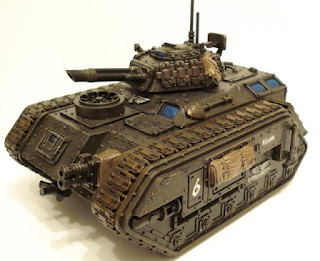 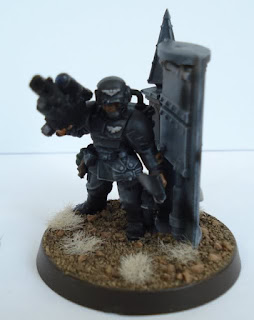 As a veteran of many conflicts Corporal Lampoon found himself in command of his platoon following the untimely death of his platoon leader. Lampoon quickly slew the three gaunts that managed to close on their position with a fury that inspired the surrounding men. Despite this, when the men looked to him for orders he simply froze. Years of following the orders of others while in the personal retinue of his platoon commander had turned him into a man of action; not a chieftan to direct others. Unable to direct the remaining men, the platoon fell into disaray and was quickly overwhelmed. Though the war was not lost, how Lampoon managed to survive this encounter is not known.

Shamed by his actions (though tale of it never did reach high command) the corporal resigned to play a more solitary role on the battlefield in an attempt to attone for his failure without the weight of others' lives on his shoulders. With the ever constant guilt of his former platoon's death haunting him, Lampoon can be seen throwing himself into the most dire of situations in an attempt to turn the tide of battle. Be it eliminating the leader of an enemy warhost, scattering elite troops or destroying key armour, Lampoon appears from the shadows only to draw the attention of entire enemy regiments. How he survives the greivous wounds he inevitably suffers in the aftermath is anyone's guess. 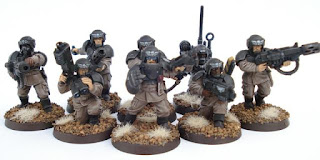 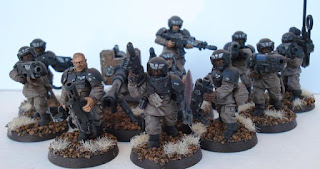 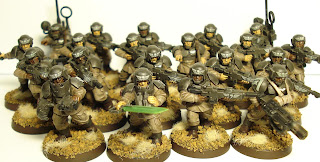 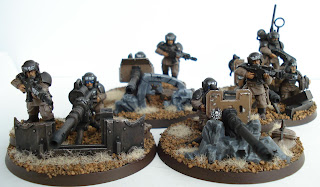