I took my Till Death Do Us Part male, and replaced his stone with a spear. I did not need more starting survivors with founding stones! The Echoes of Death thief model is also cool, but I didn't want a rawhide-ish model with daggers since I'll be getting one in my gamblers chest. So I painted her up with the hide looking like cloth. It doesn't have as many folds as the true cloth models, but it doesn't look too out of place painted this way. The colour scheme helps it blend in with the rest of the starting/unarmoured survivors. I also tried out a different approach to painting eyes, by actually having iris colours. Eyes are always a tricky thing and I've been trying different things recently. I probably need to pick up some new brushes next time as I'm always impressed by what I see online for eyes done by others. Continual improvement so models don't look so surprised! 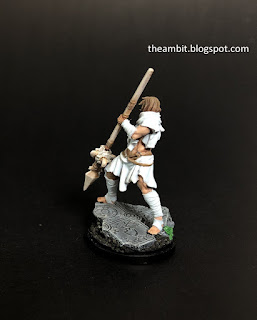 I broke his lantern off a few times since the resin is brittle and the handle is very thin. I'll have to be careful playing with this one and maybe not lay him on his side when knocked down. 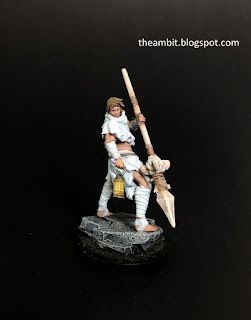 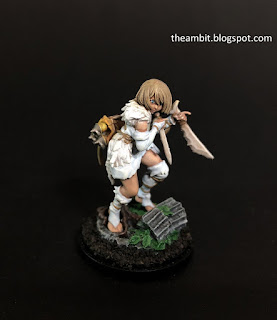 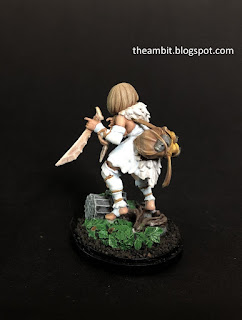 I'd shared some other models a few months back and they're still sitting on the shelf half painted (the echoes of death fighter and twilight knight). I'll get around to them eventually. I think the fighter with her large axe may be the model I want to represent my survivor this campaign so she'll likely be next.
Kingdom Death Painting