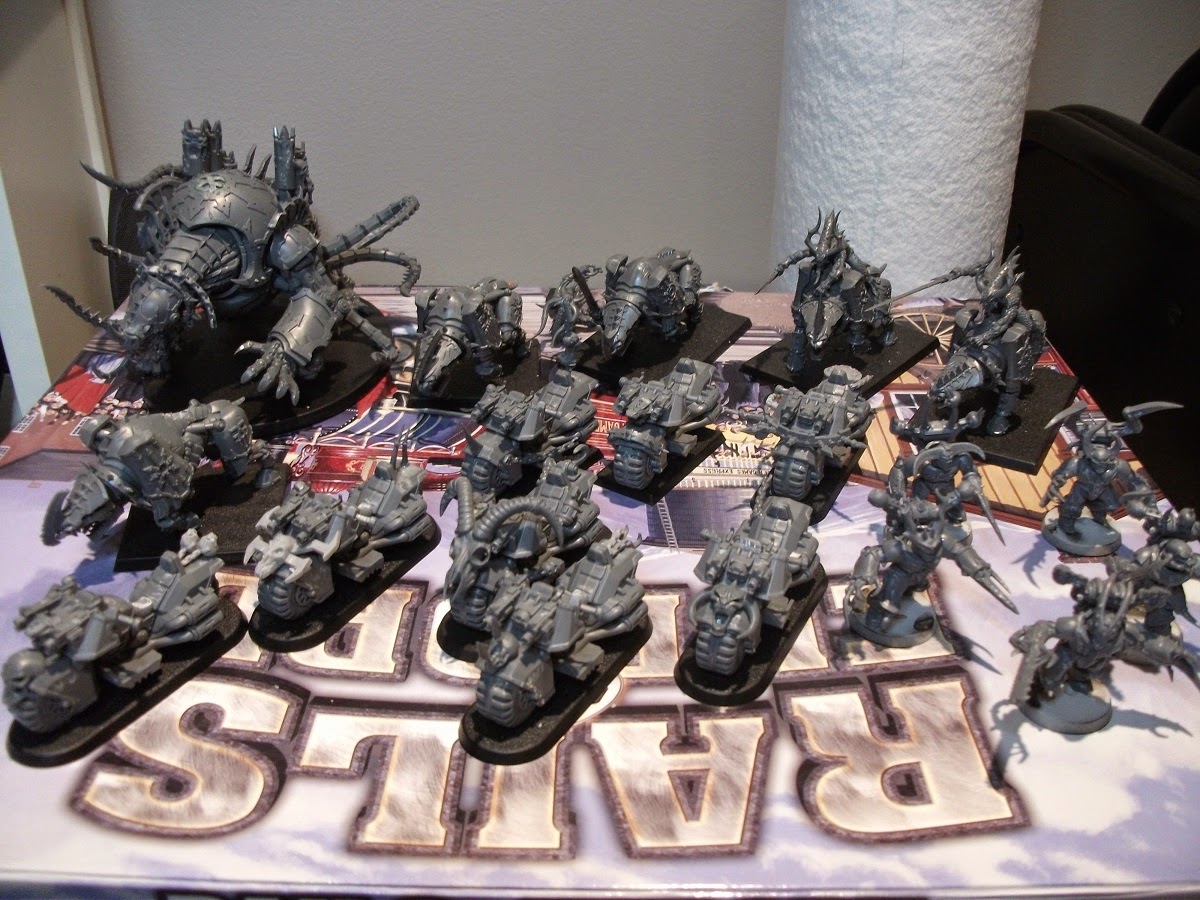 For a few reasons, partly because I'm not playing really and want a close combat army so I can try another play style, secondly because I am bored of painting white, and thirdly because khorne is such a pure theme, I'm jumping on the daemonkin bandwagon.  I'd never played with the daemons codex because all of the tables and rules honestly pushed me away.  I couldn't be bothered to write down and keep track of so much random junk nor did I want to play with random things.  So this, with its clean up approach really pulled the trigger on me starting a new army.
To start, I had a few un-assembled bikes from my night hawks and a few that had been built so I carved off the dark angels bits I'd added.  Strangely I had 8 total bikes.  Can you say Khorne's providence?  hahaha.  I also had a box of possessed I'd been trying to sell for a year and some local lads selling some skull crushers and a maulerfiend.  I had to do some cleaning up on the skull crushers (the saddle needed to come off) and such but here's my start.  No HQ or troops (or even riders for the bikes haha) but I promise those are in the mail.
Khorne