I finished painting my chaos hell blade.  Here's a link of what the flames looked like in progress.  The canopy is made out of wire mesh I bought at the craft store.  The photo of the underside shows the flame effect a lot better.  On the top I couldn't get the stencil flat and the headlights break up the flames too much and ruin the effect.  I've been told this looks like 'warp glow' now so I guess that isn't too bad.  This model really stands out on the table though with the pumpkin orange.  This was a really big change for me with my typically muted colour palette.  I won't be changing the rest of my painting but this was really nice to try.  Being an 'attached' unit to an army in my mind, it could have a different colour scheme than the marines. 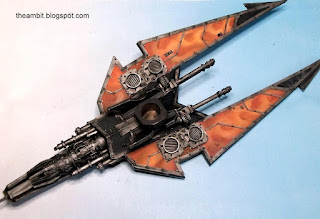 When the Emerald Fists fled into the Eye of Terror they quickly set to forming allegiances with the Dark Mechanicum and the denizens of their twisted forges.  Nearly as common as the rhino, slave-servitor piloted Hell Blade fighters quickly swelled in numbers among the traitor fleet.  The Fists, caring little for techno-lore, have pledged their future plunder to the flesh metal overlords of the Dark Mechanicum in exchange for an endless supply of war machines to persecute Roscius eternal war. 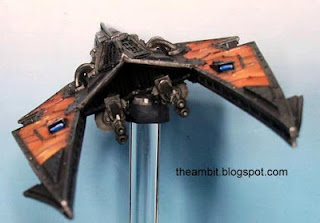 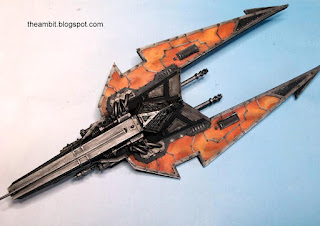 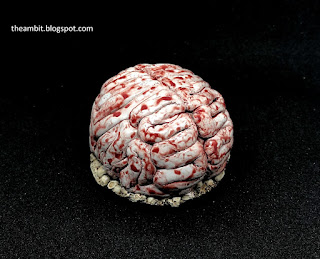 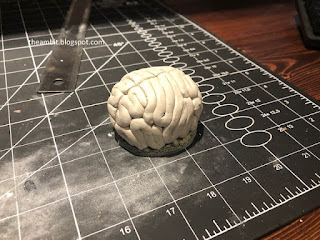