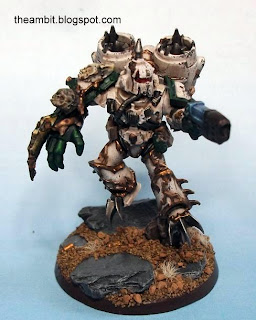 Lord Kurnex - The traitor elements of the Emerald Fists are led by Lords of Rot. Those battle brothers who were implanted with defective geneseed long before the Schism and possessed of exceptional natural ability soon became sergeants of their own squads. These traitors are rare, yet so is their prowess in battle. These exceptional individuals who would have been destined for great things among their loyal chapter have risen to prominence among the traitors. Blessed with the gifts of the Lord of Pestulence and innate ability they reap unimaginable carnage across the worlds of the Imperium serving as the daemon prince Roscius' lieutenants. Originally, a sergeant of a 7th company assault squad, Kurnex is a proficient brawler. He has risen in prominence among Roscius’ war host on the corpses of those he has slaughtered; kings, governors and champions all falling to his envenomed blades. 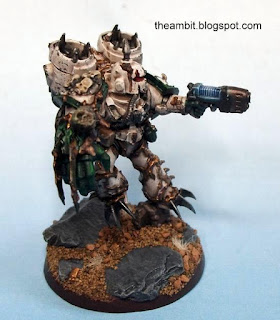 I built this guy to fly around with my raptors and I really like the model.  I combined parts of the forge world upgrades with some warp talon parts.  I like the potential duality of the weapon which I can easily call a lightning claw, powerfist or murder sword. 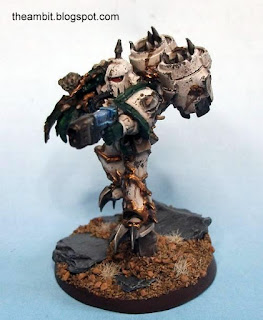