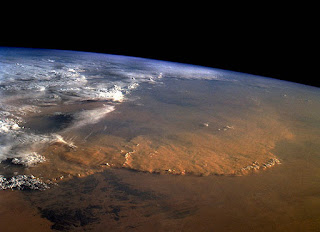 In an attept to expand on the backstory I'd presented here I've started a short story.  No idea when I'll finish it but here's Part 1.
Truvel XI
Part 1
The Fade

"Thunderhawk deployment in 15 minutes" Arkavius voxed to the Astartes stationed aboard the Persistence. As a veteran sergeant of the 3rd company, Arkavius was more than familiar with situations such as this.
The command deck jumped into action as deck officers began shouting commands to ready the Cruiser into a lower orbit capable of supporting the landing party.  The bridge was Spartan and devoid of luxury. A life of hardship had bred into the Night Hawks an appreciation for the 'little things'; ostentatious displays were therefore not encouraged on board and the human crew did well to follow the example.
Trophies from hard fought battles or challenging foes were kept as a common practice by many chapters of the Adeptus Astartes and the Night Hawks are no exception. The trophies kept by the Night Hawks however were generally small such as teeth, scales or strands of jewellery and were typically fashioned into chains to be worn around the marine's neck.

"Out of sight, out of hand" was a common saying on their home world of Korak Prime; anything one could not keep nearby was soon to become someone else's. Arkavius released a rather large canine suspended around his neck; liberated from the mouth of an over-sized ork nob which had almost taken his life. He left command to Sir Marniun Vex of the Imperial Navy and made for the launch bays.


Upon entering the launch bay two thunderhawk gunships were completing their final checks. To his left Arkavius inspected his 21 assembled battle brothers including sergeant Harkur and a Thurion, a tech-marine of many years. Their mission was to be conducted at the behest of the Adeptus Mechanicus within the Truvel system. Four expeditions to Truvel XI had vanished without so much as a distress call. The Night Hawks had maintained a strong relationship with the Mechanicum for much of their history and were honour bound to investigate. Whatever lie on the planet was of much importance to the Mechanicum and Arkavius could see the eagerness in Thurion's eyes.

Balled fists struck breastplates as the two squads acknowledged their orders and made for the thunderhawks. The transports had been ready loaded with their bikes, assault bikes and an Argonaught Speeder.

"Take us down and set us on the outside of the cloud" Arkavius commanded the thunderhawk pilot. As the Persistence entered low orbit the auspex had been able to scan most of the planet save for a large northern continent. This landmass was host to a massive electromagnetic storm which was interfering with the ship's sensors. The 'cloud' as they were calling it appeared to cover a semi spherical area one thousand kilometres in diameter. The reduced visibility would prevent the thunderhawks from travelling inside and the deployed squads would be on their own.

The landing was uneventful. A pass in the vicinity of the landing zone did not grant any further insight into the anomaly.
"Looks like we're going in blind" brother Kronex commented as he rode off the assault ramp of the thunderhawk.
"I'm sure you won't be hard to find" replied a broken voice over the vox; the storm interfering with the signal. Kronex had a habit of keeping trophies predisposed to rot. His presence was always accompanied by a distinct aroma which did not seem to bother him.
"If the storm dissipates we will contact the Persistence; return to the ship and await further instruction" Arkavius instructed the pilots. It was not uncommon for Night Hawks squads to deploy for weeks without contact. He rode to the front of the pack and signalled onward with his power sword before disappearing into the haze.
Fluff Night Hawks Warhammer 40k